Riley lives in TropeTown, working as a stock character in novels, until he goes off-script and is required to attend group therapy with several fellow Manic Pixies. Together they uncover TropeTown’s dark secrets and must decide whether to defy their prescribed roles.

Publication is slated for March 5, 2019 by Lerner/Carolrhoda Lab.

Preorder at your indie bookstore

The Memory Chronicles #1: The Memory of After/Level 2 (YA Novel) 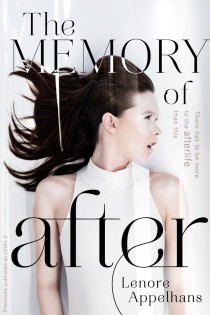 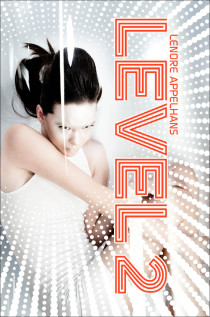 In Level 2, the liminal place between our world (Level 1) and heaven, Seventeen-year-old Felicia Ward spends her days in her pod reliving her favorite memories - until she gets broken out by Julian, a boy she knew when she was still alive. There’s about to be an uprising in Level Two, and Julian wants to recruit her to the cause. But unsure whether she can trust Julian, and still in love with her boyfriend Neil on Earth, she finds herself torn between two loves—and two worlds.

“A gripping debut! This utterly unique take on the afterlife poses fascinating questions . . . I can't wait to read the rest of the series to find out the answers!” (Megan McCafferty, New York Times bestselling author of Bumped and Thumped)﻿

“Appelhans brings the afterlife to a whole new level. . . . A high-voltage thrill ride through love, death, and memory that will leave you breathless.” (Jess Rothenberg, author of The Catastrophic History of You and Me)﻿

“Absolutely gripping. My heart pounded on nearly every page. You won't be able to put it down.” (Mary E. Pearson, award-winning author of the Jenna Fox Chronicles)﻿

“Appelhans’ storytelling is well paced, tantalizing the reader with hints, and the compelling theme of the necessity of facing the wrongs of the past in order to move forward into the future will appeal to teens.”﻿ (Booklist)

"Dystopian fans will find this compelling novel an enjoyable twist on standard futuristic themes, and anyone who has ever fallen in love will enjoy all the romantic bits." (School Library Journal)

"Brimming with twists and turns while offering up cliff-hangers galore, this one's a guaranteed page turner." (The Sydney Morning Herald/Australia)

Released in hardcover as LEVEL 2 on January 15, 2013 from Simon & Schuster in the US and Canada.

Released in paperback as THE MEMORY OF AFTER on September 3, 2013 from Simon & Schuster in the US and Candada.

Find out more about Level 2 in my Dystopian August interview

North American Audio book produced by Listening Library (Random House) and published in January 2013. Read by Jenna Lamia. Listen to an excerpt of Level 2 at Books on Tape. 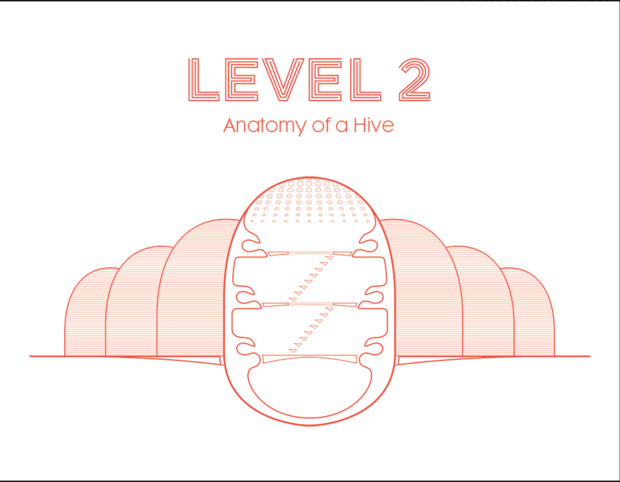 The Memory Chronicles #1.5: The Best Things in Death (YA short stories) 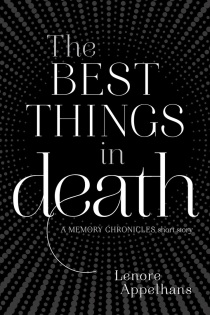 Neil -- A week before his car crash with Felicia, Neil spends a perfect day at the swimming hole. He and Felicia have never been happier. But can he work up the courage to tell her that he loves her?

Julian -- Months before the events of THE MEMORY OF AFTER, Julian and Mira spy on Felicia and Autumn during a trip to Iceland.

Libby -- Character first introduced in CHASING BEFORE. Libby and her boyfriend Jeremy head off on a road trip to Las Vegas and stumble upon truths potentially deadly to their relationship.

Brady -- Character first introduced in CHASING BEFORE. An unexpected encounter with the charming Oliver brings cancer-patient Brady out of his shell.

"Flows beautifully from memory to memory. I had a blast reading!" - Hollywood the Write Way

Available in US & Canada only -  via Simon & Schuster BFYR

The Memory Chronicles # 2: Chasing Before (YA Novel) 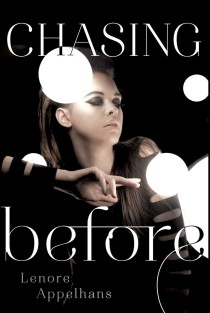 Felicia and Neil have left Level 2 behind, but another level stands between them and Heaven: Level 3. While the purpose of Level 2 is to relive your time on Earth and make peace with your memories, the objective of Level 3 is to completely detach from life and prepare for your divine vocation.

During Felicia and Neil's training period, a series of explosions destroy the portals out of Level 3. Tension is high, and casualties are mounting. Though Neil wants to become either a Muse or a Healer to help, Felicia is drawn to the Seraphim Guard. A rift forms between the pair, one that grows wider when Felicia receives new memories from the Morati. The memories cast doubt on the people she loves the most, but Felicia can't stop her curiosity. She has to know the truth about her life before she moves on--if she can manage to evade old enemies long enough to find a way out of Level 3.

"Appelhans maintains tension even as Felicia struggles with her romance....She also gives readers a nice balance of characters, with distinct, varied individuals who offer some nuance..."
– Kirkus Reviews
"The tone is light enough to appeal to a wider audience, including those looking for a suspense-tinged dystopian tale."
– Booklist

Released in hardcover in the US and Canada by Simon & Schuster BRYR on August 26, 2014

Buy links to all major retailers at Simon & Schuster

Add Chasing Before to Goodreads

Hear an excerpt of the audiobook read by Narrator Cynthia Holloway 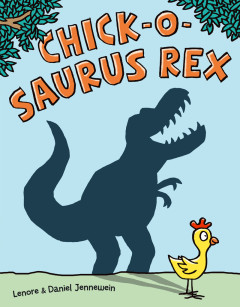 The humorous story of a little chick who proves his mettle to the farm's big bullies when he discovers he has a very mighty lineage. Writing as Lenore Jennewein. Illustrated by Daniel Jennewein.

"Provides a distinctive angle to a story about bullying." (Publisher's Weekly) 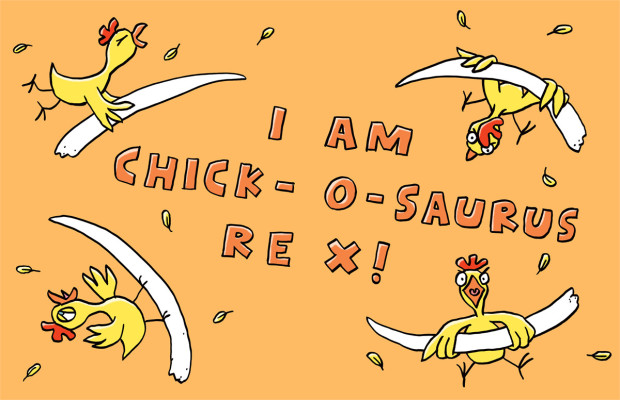